Success follows those who persevere 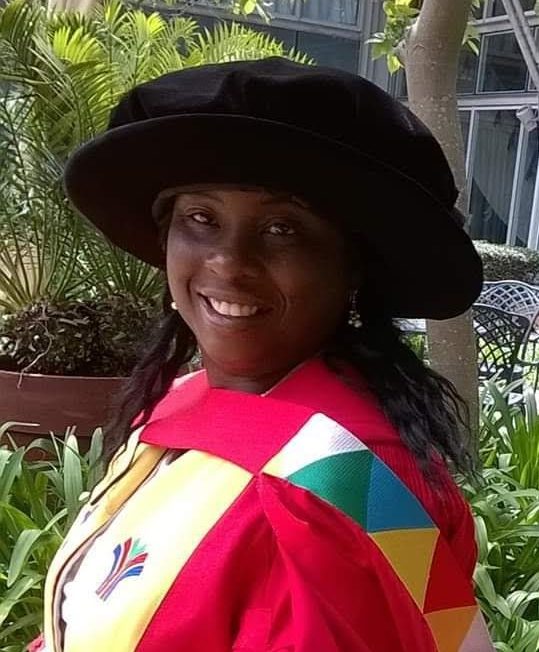 The saying “what doesn’t kill you makes you stronger” has rendered true for Dr Claudine Hingston whose personal experiences of being caught in a 10-year civil war in Freetown, Sierra Leone did not diminish her will to achieve and succeed in life.

The 48-year-old Durban resident who has flashbacks of bombs being dropped in the capital each time fireworks are set off, clearly recalls the looting, rape and murder which were commonplace during the civil war in the West African country.

Hingston’s tumultuous history of life in a war-torn country empowered her to rise above the odds and take advantage of her second chance at life.

“I chose not to be a victim of circumstance. Life’s lessons have taught me not to be silent, not to give up easily, to push to get what you want and to know when to say no,” said Dr Hingston.

Testament that hard work, resilience, determination and perseverance ultimately pays off, Hingston was brought on board by private higher education institution, MANCOSA, to establish and head the Centre for Women Leadership which was launched in 2015.

The Centre which contributes to the growth and development of African female leaders is closely aligned with Hingston’s personal aspiration to provide a voice for previously disadvantaged women and to lead them to greater heights.

“I am driven by the need to influence people in a positive way. My near-death experience has awakened me to the fact that I have a higher purpose and have been willed by God to impact the lives of others. I find gratification in mentoring women and inspiring them to overcome personal hindrances and achieve success.”

She said she was inspired by stories of achievement and those who have defied the odds to rise to positions of influence, citing veteran actress and breast cancer survivor, Lillian Dube, as her favourite celebrity.

She prides herself in motivating students to complete their degrees to increase their chances of employment and a dignified life. So much so, that her motherly and nurturing attributes led her to ‘adopt’ a daughter, Nokwanda, 25, and care for her day-to-day needs, allowing her to concentrate fully on her studies.

“In institutions of higher learning across South Africa, there appears to be more female students than men, more female graduates than men and more women than men at lecturer level. This trend must infiltrate the senior level of academia where women are given an opportunity to lead in positions of influence,” said Hingston.

The projects in which Hingston has been actively involved include the upskilling of rural women to be financially savvy, providing executive education and delivering lectures to women on leadership and public speaking. Also close to her heart are the seminars and workshops which she hosts for disabled women and young school leavers to empower them for workplace success and ensure inclusivity.

The MANCOSA academic delivers three to four lectures daily on the principles of management and business management whilst also co-ordinating modules and fulfilling various administrative responsibilities.

Her string of academic achievements includes a BA General degree in English, Linguistics and History; Diplomas in Cultural Studies and Mass Communication and a Masters degree in Gender studies from Fourah Bay College, University of Sierra Leone. She also obtained a PhD that focused on Gender and Migration from the University of KwaZulu-Natal, South Africa and is working towards her professorship.

Her long-term goal is to establish a non-profit organisation for adult education in her country of birth where illiterate women in Africa can access services and thrive in a changing and demanding world.

She salutes working women who often make sacrifices to ensure career progression whilst juggling multiple roles of being wife, mother and sister. She said Women’s Month helped society to appreciate the value of women who are taken for granted in society.

“We are by no means the weaker sex. Believe in yourself and take that first step however small it may be for it may lead you unto greatness,” she said.

“To be empowered as women is important. Stand up for yourself and do something worthwhile in life.”

On opportunities for career women in South Africa, she said whilst gender equality was being advanced constitutionally, there was still a need to overcome traditional laws through community engagement to encourage a mindset change that will accelerate the growth of previously disadvantaged women.

“More can be done to ensure the representation of women in different sectors. There is a greater consciousness of the glass ceiling now and women must assert themselves in the workplace to ensure there are recognised and rewarded.”

Hingston is married and has a 23-year-old daughter, Danita, 12-year-old son, Egerton and 25-year-old adopted daughter, Nokwanda, who is very much part of her family. She enjoys traveling and cosying up with a good novel or a family movie. She hopes to leave behind a legacy of transforming lives for the better.

To wrap up Women’s Month, MANCOSA will host a Masterclass on Women Leadership on 30 August from 10am to 12pm at MANCOSA GSB, 26 Samora Machel Street, Victoria Embankment, Durban.

PrevPreviousWhy is it critical for leaders and managers to delegate?
NextReading with meaning gears young minds for successNext